In a case before the Louisiana First Circuit, the court addressed whether an automobile insurance policy exclusion was applicable. Often, policy exclusions are held to violate public policy. In this case, the court assessed the language of the policy and reviewed the particular facts, which did not center on a criminal act but instead on the act of fleeing or evading law enforcement. 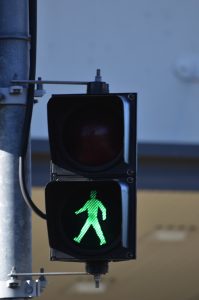 The facts of the case involve a collision between a vehicle and a pedestrian. Jasmine Richardson, the pedestrian, appealed the district court judgment that dismissed her claim against the insurer of the vehicle that hit her. The district court held that the personal auto liability insurance policy had an exclusion that applied to the actions of the car’s driver.

The car’s driver, Janelle Dupre, was driving home from a Mardi Gras parade when she was involved in several separate automobile accidents. The first two accidents involved other vehicles, and the third accident was with a pedestrian, Ms. Richardson.

In both vehicular accidents, Ms. Dupre drove away from the scene of the accident, despite being instructed by a state trooper to pull to the shoulder of the road.

Ms. Richardson filed a petition for damages in court against Ms. Dupre and her car insurer. Ms. Dupre was actually a permissive driver of a covered vehicle belonging to Stephanie Rhodes. The insurer, Imperial Fire & Casualty Insurance Company, provided the personal auto policy on the car. The parties to this case did not dispute that Ms. Dupre was a permissive driver and covered by the automobile policy, subject to the terms and exclusions.

Regarding the standard of review, the appellate court stated the dispositive facts were not in dispute. First, Ms. Richardson contended that the district court should not have found that the exclusion applied, since it was ambiguous. Turning to the language of the exclusion, the court emphasized that coverage does not apply to bodily injury or property damage while the insured is engaged or fleeing from a criminal act, or fleeing or evading law enforcement authorities. The court stated that in fact exclusion 20 is not ambiguous, and it makes clear what is excluded. The court also rejected the argument that the terms “fleeing” or “evading” were not defined. When an insurance contract does not define a term, the rule is that the words are given their general meaning.

Ms. Richardson also contended that the district court incorrectly found that exclusion 20 provided no protection, since she was an innocent victim of the accident. She alleged that this exclusion was a criminal acts exclusion, held to be in violation of the state’s public policy. But the court rejected her claim. They differentiated a case in which an insurance policy exclusion was held to be contrary to law.

At Lavis Law, we represent clients in insurance disputes, some of which involve car accidents.  We provide a free consultation, and our office can be reached by calling 866.558.9151.