The Louisiana Workers’ Compensation Act (LWCA) protects workers injured on the job, if their injury is covered by the Act and they were injured during the course and scope of employment. Recently, the Supreme Court of Louisiana, in a split decision, held that occupational noise-induced hearing loss (NIHL) falls under the LWCA. The court’s analysis focused on the definitions of “accident” and “occupational disease.” 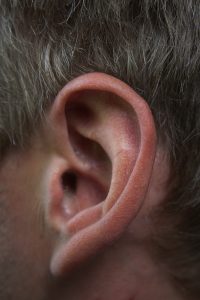 The consolidated, or combined, actions include current and former employees of a facility that includes a paper mill, box plant, and carton plant. Many of the employee plaintiffs were elderly, retired, and suffering hearing losses allegedly caused from their exposure to hazardous levels of noise while working for the defendant.

Separately, the plaintiffs sued their employer for negligence for failing to provide a safe place to work, and ultimately causing their hearing loss. In response, the defendants filed exceptions of prescription and a motion for summary judgment asserting immunity from tort under the LWCA. Both were denied, and the matter proceeded to trial.

The district court found in favor of the plaintiffs and awarded damages, $50,000 to each plaintiff. On appeal, the court reversed the judgment, finding that, under the LWCA, noise-induced hearing loss is an “occupational disease” and that the defendants were entitled to tort immunity under the Act. This means that, since NIHL is covered under the Lousiana Workers’ Compensation Act, the defendants could not be sued in tort.

After the appellate ruling, the plaintiffs and defendants sought writs, asserting the court of appeal erred, for separate reasons. The issue before the Lousiana Supreme Court, in granting the writ applications, was whether NIHL is a covered “accident” or “occupational disease” within the meaning of the LWCA. This required the court to interpret the Act.

First, the court looked to the language of the statute itself. Interpreting the provisions of the LWCA requires an acknowledgement of the purpose behind the law. At base, there is a compromise. In exchange for accepting responsibility to pay benefits regardless of fault, the employer is granted immunity from suits for tort damages arising out of the employment relationship.

Under the LWCA, physical breakdowns caused by repeated exposures to conditions at work are “accidents.” The history of the law, and the process of amending the LWCA, served to broaden the definition of “occupational disease.” Then, the legislature excluded certain conditions, such as degenerative disc disease, spinal stenosis, arthritis, and mental illness, among others.

Physical breakdowns caused by repeated exposures to conditions of employment may be accidents under the LWCA, including gradual noise-induced hearing loss. Damage to the inner ear qualifies as an “injury” under the LWCA. The exposure to the noise, at hazardous levels, is an accident. And in terms of causation, these levels of noise that the plaintiffs were exposed to during employment caused the breakdown and damage of their inner ears, and eventually their gradual NIHL.

The court also found that the gradual noise-induced hearing loss was an occupational disease under the LWCA. Turning to dictionary and legal definitions of “disease,” the court also expressly considered whether gradual noise-induced hearing loss is due to causes and conditions particular to the job or occupation. Again, the causal link proved crucial. The disease was contracted during employment, and the levels of industrial noise were a condition particular to the employment.

Louisiana Workers’ Compensation Act lawsuits may involve complex issues surrounding definitions under the Act. At the Lavis Law Firm – Personal Injury & Accident Attorney, our job injury attorneys guide injured employees through the process of filing claims for compensation and help them understand their rights. Contact us by phone at 866.558.9151 or online.