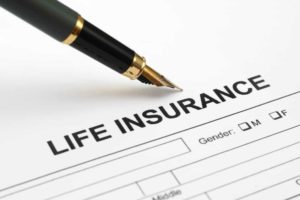 It specifically provides in full the following:

Each policy of group life insurance as defined in R.S. 22:941 shall contain in substance the following provisions or, at the option of the insurer, provisions which in the opinion of the commissioner of insurance are not less favorable to the policyholder; however, Paragraphs (6) through (12) of this Section shall not apply to policies described in R.S. 22:941(A)(3), except that, where policies are issued pursuant to that Paragraph, the insurer shall issue to the policyholder for delivery to the person whose life is insured an individual certificate setting forth the insurance protection afforded, to whom it is payable, information  relating to notice and proof of loss, and that the standard provisions required for individual life insurance policies shall not apply to group life insurance policies:

(1)  The contract.  A provision that a copy of the application, if any, of the policyholder shall be attached to the policy when issued, that all statements made by the policyholder or by the persons insured shall be deemed representations and not warranties, and that no statement made by any person insured shall be used in any contest unless a copy of the instrument containing the statement is or has been provided to such person or to his beneficiary.

(2)  Incontestability.  A provision that the validity of the policy shall not be contested, except for nonpayment of premiums, after it has been in force for two years from its date of issue and that no statement made by an individual insured under the policy relating to his insurability shall be used in contesting the validity of the insurance with respect to which such statement was made after such insurance has been in force prior to the contest for a period of two years during such individual’s lifetime nor unless it is contained in a written instrument signed by him.

(4)  Misstatement of age.  A provision specifying an equitable adjustment of premiums or of benefits or of both to be made in the event the age of a person insured has been misstated, such provision to contain a clear statement of the method of adjustment to be used.

(5)  Insurability.  A provision setting forth the conditions, if any, under which the insurer reserves the right to require a person eligible for insurance to furnish evidence of individual insurability satisfactory to the insurer as a condition to part or all of his coverage.

(7)  Certificates.  A provision that the insurer will issue to the policyholder for delivery to the employee, or member, whose life is insured under such policy, an individual certificate setting forth a statement as to the insurance protection to which he is entitled, to whom payable, together with the provisions concerning conversion rights.

(8)  New persons eligible.  A provision that from time to time all new employees or members eligible for insurance and desiring the same shall be added to the group or class thereof originally insured.

(9)  Continuation to end of premium period.  A provision, except in the case of a policy described in R.S. 22:941(B)(4), that the termination of the employment of any employee or the membership of a member shall not terminate the insurance of such employee or member under the group policy until the expiration of such period for which the premium for such employee or member has been paid, not exceeding thirty-one days.

(10)  Conversion on termination of eligibility.  A provision that if the insurance, or any portion of it, on an individual covered under the policy ceases because of termination of employment or of membership in the class or classes eligible for coverage under the policy, such individual shall be entitled to have issued to him by the insurer, without evidence of insurability, an individual policy of life insurance without disability or other supplementary benefits, provided application for the individual policy shall be made and the first premium paid to the insurer within thirty-one days after such termination.  It is further provided that:

(a)  The individual policy shall, at the option of such individual, be on any one of the forms then customarily issued by the insurer at the age and for the amount applied for.

(b)  The individual policy shall be in an amount not in any event in excess of the amount of life insurance which ceases because of such termination nor less than one thousand dollars unless a smaller amount of coverage was provided for such individual under the group policy, provided that any amount of insurance which matures on the date of such termination or has matured prior under the group policy as an endowment payable to the individual insured, whether in one sum or installments or in the form of an annuity, shall not, for the purposes of this provision, be included in the amount which is considered to cease because of such termination.

(14)  Lump sum payment.  Every group life insurance policy delivered or issued for delivery in this state shall allow selection by the beneficiary of an option to receive benefits in the form of a lump sum payment.

If you are a beneficiary who believes your claim was unfairly denied or have questions about your insurance claim, call today.