If you have a deceased loved one who was covered under an accidental death policy, you may experience difficulties in negotiating with the insurance company to receive payment for a claim. When an insurance company denies a claim under an accidental death policy without properly investigating or for an illegal reason, you may be able to file a bad faith claim and receive damages for their bad actions. At the Lavis Law Firm, we represent clients throughout the New Orleans area in bad faith claims against their insurance providers.

What is accidental death insurance?

Accidental death insurance is typically included as a rider to your life insurance policy. As the name implies, it provides coverage should the policyholder suffer an accidental death. Examples of common circumstances involving accidental death that would be covered under this rider include auto accidents, falls, heavy machinery or equipment malfunctions, exposure to extreme weather, murder and death by prescribed medication.

Did the insured die from prescription medication? 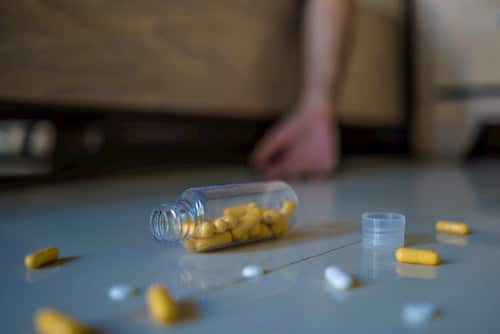 Was the prescription medication prescribed by a physician?

In a recent case we handled, the accidental death insurer denied the claim because the insured overdosed by applying two Fentanyl patches where only one had been prescribed by her doctor.

The Attending Physician Statement clearly states the death was due to “Accidental drug overdose due to application of an additional Fentanyl patch where only one had been prescribed.”

The Autopsy Report Final Note states, “Given the historic and investigative materials, autopsy findings and toxicology results, the cause of death is determined to be acute fentanyl intoxication.  The manner of death is accidental”

We successfully argued that the insured’s death was not a natural death or a suicide; therefore, it must be inferred that the death was accidental. Willis v. Willis, 287 So.2d 642, 645 (La.App. 3rd Cir.1973). Once an accidental death is proven, the burden shifts to the insurer to show by “a preponderance of the evidence that such insurer is nevertheless not liable by reason of a special defense or an exclusionary clause of the policy in question.” Id. at 645.

The insurer tried to use an intoxication clause in its policy to deny the claim.  However, the Louisiana insurance code gives health and accident insurance policyholders very substantial protection regarding matters of required and optional coverage.

B. Other optional provisions. No such policy shall be delivered or issued for delivery containing provisions respecting the matters set forth in this Subsection unless such provisions are, in substance, in the following forms, or, at the option of the insurer, in forms which in the written opinion of the commissioner of insurance are not less favorable to the policyholder:

(8) Conformity with state statutes: Any provision of this policy which, on the date of issue, is in conflict with the statutes of the state in which the insured resides at the date of issue is understood to be amended to conform to such statutes.

(10) Intoxicants and narcotics: The insurer shall not be liable for any loss sustained or contracted in consequence of the insured’s being intoxicated or under the influence of narcotics unless administered on the advice of a physician.

Accidental death insurance policy language that operated to exclude coverage for insured’s death because it was caused by or contributed to by pain medications ingested by insured in non-therapeutic doses, even though the drugs were administered on the advice of a physician, does  not preclude coverage following insured’s death; Davis v. Peoples Benefit Life Ins. Co., App. 1 Cir.2010, 47 So.3d 1033, 2010-0194 (La.App. 1 Cir. 9/10/10) , rehearing denied, writ denied 51 So.3d 11, 2010-2440 (La.12/17/10).  See also, Breaux v Stonebridge Life Ins. Co., 859 F.Supp.2d 812 (2012) (Distinguished from Davis; Breaux case involved a death caused by lethal amounts of prescribed medications where Mrs. Breaux had 300 ng/ml of morphine in her blood, a non-prescribed medication which contributed to the cause of her death.).

Was the insured murdered? 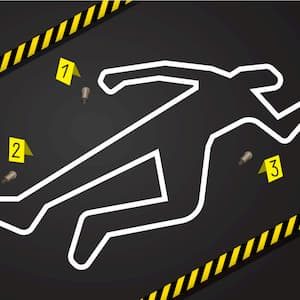 In another recent case, we represented the sister of a young man who was involved in a fist fight where his opponent intentionally pushed the insured into oncoming traffic causing his death. We were able to successfully use the Willis presumption again to show that the insured’s death was not a natural death or a suicide; therefore, it must be inferred that the death was accidental. Willis v. Willis, 287 So.2d 642, 645 (La.App. 3rd Cir.1973). Once an accidental death is proven, the burden shifts to the insurer to show by “a preponderance of the evidence that such insurer is nevertheless not liable by reason of a special defense or an exclusionary clause of the policy in question.” Id. at 645.  The accidental death insurer paid the claim when it was unable to show any special defense or exclusionary clause in the policy to support its denial of the claim.

What is a bad faith claim?

Under Louisiana law, insurance companies are required to settle all claims filed under accidental death insurance policies in good faith. This means that an insurer is not permitted to deny a claim for an accidental death without first investigating the circumstances surrounding the claim to determine whether the insured’s policy coverage applies or not. If an insurance company denies an accident death claim without performing a reasonable investigation first, you as the policyholder may be able to recover  against the insurer interest at the rate of six percent per annum from date of receipt of due proof of death by the insurer until paid.

What do I need to prove to recover for an accidental death insurance bad faith claim?

There are two major items that Louisiana courts examine when determining whether an insurance company acted in bad faith in denying an accidental death claim. First, you must be able to show proof of loss. Second, the insurance company must have failed to pay out for the claim within sixty days of receipt of due proof of death for an impermissible reason.

As a starting point, you should retain all important documents and information related to the claim and the underlying accident itself. This includes any reports from the scene, witness statements, death certificates, attending physician statement, autopsy report, medical records, communications between you and the insurance company and any other relevant papers. You should keep in mind that anything you communicate to the insurance company in an attempt to resolve the claim could be recorded and used as evidence in a future lawsuit that you may have to file.

What should I do if my accidental death insurance claim was denied?

After notifying your insurance provider of a death that is covered under your policy, they will begin an investigation into the claim. Some insurance companies may be so brazen as to deny the claim outright without even the pretense of an investigation. If you believe that this has happened for your accidental death claim, you likely have strong evidence that the insurance company has acted in bad faith in violation of Louisiana law.

An experienced bad faith claim attorney can help you negotiate with the insurance provider to ensure that your rights are protected throughout the process of seeking a settlement for your claim. You are more likely to get a prompt response from the insurance company when an attorney is involved because a failure to do so would be evidence of their refusal to negotiate a claim within a reasonable timeframe.

Do I need an accident death insurance lawyer in Louisiana?

Retaining an attorney to file a bad faith claim against an insurance company can help streamline the process for you and avoid legal pitfalls. There are strict statute of limitations deadlines that apply in Louisiana regarding when you must file your claim. If the insurance company tries to delay negotiations and settlement for too long, be sure to have an experienced bad faith claim attorney review your case so that you do not miss out on filing a lawsuit by that strict deadline. Louisiana courts may reject your bad faith claim outright if you fail to file a suit on time.

An attorney can assist by handling most of the communication with the insurance company. When taking legal action for a bad faith claim, it’s important not to say anything in your negotiations with the insurance provider that could jeopardize your chance at recovery. An experienced lawyer will know what to say and when to say it.

To speak with a knowledgeable and trusted accident death insurance attorney in New Orleans, La., call the experienced legal advocates at the Lavis Law Firm today at 866-558-9151. You can also fill out this quick and easy contact form to request a free, no-obligation consultation regarding your bad faith claim.