Posted by charles on Tuesday, December 8th, 2015 in Automobile Insurance
no Comment.

In a recent case before the Louisiana Second Circuit Court of Appeal, the court addressed the reach of an automobile insurance policy’s underinsured/uninsured motorist coverage.  The daughter of a woman fatally injured in a motor vehicle accident in Texas sought to recover benefits from her own policy, due to her own emotional pain and suffering.  The court reviewed the terms of the insurance policy and analyzed whether the underinsured/uninsured coverage extended to the daughter of the deceased. 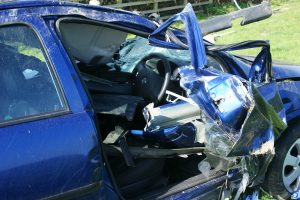 Lori Marshall sought to recover uninsured/underinsured motorist (“UM”) benefits under her husband’s insurance policy with Louisiana Farm Bureau Casualty Insurance.  Ms. Marshall had received policy benefits in the amount of $30,000 from Safeco Insurance Company after her mother was killed in a vehicle accident while riding as a guest passenger in a car owned by Tana Roy.  Ms. Roy maintained automobile liability through Safeco at the time of the accident.

The appellate court began their analysis by stating that interpreting an insurance contract is a usually a legal question that can be resolved in a summary judgment motion.  The court looks to the parties’ intent when entering the contract. Any doubts in an insurance policy are construed in favor of the insured and against the insurer.

Louisiana UM coverage is set forth by statute and incorporates a strong public policy. If there is an exclusion of coverage, it must be clear and unmistakable.  The law requires that the insurer prove that an insured named in the policy rejected coverage in writing. The UM statute states that coverage is an implied amendment to an automobile liability policy, and it will be read into the policy unless it is clearly rejected.

Turning to the insurance policy, the court stated there are four provisions to consider.  First, Ms. Marshall was in fact an “insured” under the policy, since she was a resident of her husband’s household, the named insured.  Next, the court turned to the term “bodily injury” and the subject of “death” as addressed in the Insuring Agreement.

Here, since Ms. Marshall asserted a wrongful death benefit claim, the policy reference to “death” must be analyzed. The Insuring Agreement made clear that the uninsured motorist must have caused, by their negligence, the damages or death sustained by the insured.  The UM benefit flowed from the insured decedent for her pain and suffering before death to her wrongful death beneficiaries.

Here, the court interpreted the automobile insurance contract strictly, and the insurance company prevailed in this lawsuit involving uninsured motorist coverage.  At the Lavis Law Firm, we help clients in need of guidance or representation for their insurance disputes. Contact our office at 866-558-9151 for a free consultation.