Louisiana Appeals Court Finds a Lien Holder of an Uninsured Motor Vehicle is Barred from Recovery by the No Pay, No Play Law 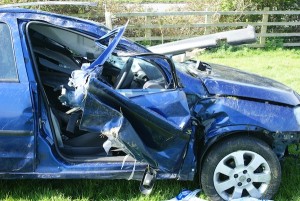 In a recent First Circuit Court of Appeal case, the court addressed whether the holder of a secured promissory note can recover from a third party who allegedly damaged the collateral for the note. Procedurally, the trial court had granted summary judgment in favor of the plaintiff, awarding the full amount requested.

The facts of this case center on a car accident. A vehicle driven by Jerry Richard struck Sheila Hayes’ vehicle. The plaintiff, M&M Financial Services, Inc., held a security interest in the Hayes’ vehicle and sued Richard and his insurer, National Automotive Insurance Company. They sought to recover $11,446.80, the balance due on the promissory note, plus legal interest and attorney fees.

Richard and National Insurance defended the suit, claiming that M&M Financial was barred from relief due to Louisiana’s “No Pay, No Play” law. (Louisiana Revised Statute 32:866) The Hayes’ vehicle was uninsured at the time of the accident.

Both parties filed summary judgment motions. Richard and National sought dismissal of the claims under Section 32:866, and M&M Financial requested judgment for the full amount of its claim. The trial court heard the motions and denied the defendants’ motion. It granted the plaintiff’s motion, awarding M&M Financial $11,446.80, plus legal interest and attorney fees of 25% of the principal and interest.

M&M Financial appealed, on the grounds that the trial court erred in finding the lien holder of an uninsured motor vehicle was not barred from recovery by the No Pay, No Play law.

The court stated their standard upon review. A motion for summary judgment is to be granted if there is no genuine issue of material fact. The burden is upon the party seeking summary judgment. In this case, no material facts are at issue. M&M Financial held a security interest in the Hayes’ vehicle, and the vehicle was uninsured at the time of the accident.

The court turned to the No Pay, No Play law, which bars recovery for the first $15,000 of bodily injury and the first $25,000 of property damage sustained by an uninsured driver. M&M claims that, since they were not an owner or operator of a motor vehicle, the statute does not apply to them.

The court stated that M&M Financial held a security interest in the property. If collateral is damaged in an accident, the secured party is protected by extending their interest in claims brought by the debtor against the responsible party. But, the court stated, that protection is limited to a security interest in the debtor’s claim, and not an independent cause of action for the secured party against the third party. Accordingly, M&M Financial does not have an independent right of action against Richard and National for damage to the Hayes’ vehicle. M&M Financial has rights that extend only to Hayes’ claim against those defendants.

Hayes did not maintain insurance on the vehicle at the time of the accident. The court stated that she has no claim for the first $25,000 in property damage from the accident. M&M Financial seeks recovery of $11,446.80, plus legal interest and attorney fees. But the secured party, M&M Financial, has no right of recovery because the No Pay, No Play law bars recovery.

The court rendered summary judgment in favor of Richard and National, dismissing with prejudice all claims against them filed by M&M Financial Services.

If the uninsured owner’s claim is barred, the secured party has no separate claim against a tortfeasor.