Posted by charles on Tuesday, July 28th, 2015 in Automobile Insurance
no Comment. 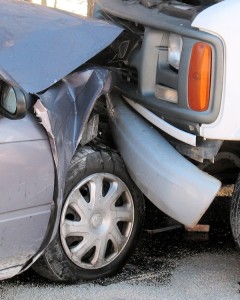 In a case involving an insurance coverage dispute, the Louisiana Third Circuit Court of Appeal ruled that an uninsured/underinsured motorist coverage provision did not cover an alleged reduction in the value of a vehicle following an accident with an uninsured driver.

This case arises from a car accident involving a new Volvo vehicle that was struck by an uninsured motorist. The plaintiffs, the Volvo owners, allege that the accident resulted in physical damage to their car, as well as a reduction in its market value.

Their insurance company issued an automobile policy applicable to the plaintiffs’ vehicle and paid for physical damages to the vehicle that were sustained in the accident and covered by the collision policy. The insurer refused to cover the vehicle’s alleged reduction in market value. The plaintiffs sued the insurance company, seeking damages for the reduction in the value of their car.  They sued under the uninsured/underinsured motorist provision of the policy and also sought penalties and attorney fees for the defendants’ failure to timely pay these damages. The trial court granted summary judgment in favor of the insured.

The issue before the Court of Appeals was whether the policy provision provides for coverage for a reduction in the market value of the insured car. The plaintiffs argue that both bodily injury and property damage are automatically available under the provision, and that provided the insured purchases the provision for uninsured/underinsured motorist coverage, there is not a required separate premium for uninsured/underinsured property damage coverage.

The court turned to the provision itself, which states that the insurer pays damages for both bodily injury and property damage under the uninsured/underinsured motorist coverage.  The provision then states that the insurer “pay(s) under each coverage only if a premium is shown for the respective coverage.” The court extrapolated “each” to mean that there is more than one available coverage under the provision:  coverage for damages for bodily injury and coverage for property damage.

The court also stated that the provision requires a premium for each type of coverage.  In other words, the policy provides property damage under the uninsured/underinsured motorist coverage provision only if there is a premium for that coverage set forth in the declarations page of the policy. Turning to the declarations page, the court stated that there is one limit applicable to the coverage, a “limit per person/accident” for $250,000/500,000.

The attorneys at the Lavis Law Firm represent Louisiana clients in insurance disputes, including those regarding automobile policy coverage. Contact our office for a free, confidential consultation at 866-558-9151.