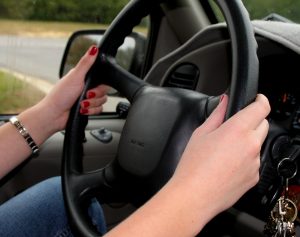 Darryl Parker brought a lawsuit for damages following a vehicle collision on January 27, 2014. A vehicle driven by Laquida Taplin collided with Mr. Parker’s vehicle. Mr. Parker named Ms. Taplin and her insurance company, State Farm Mutual Automobile Insurance, as defendants.  He also named his insurer, Affirmative Insurance Company. Mr. Parker contended that Affirmative provided automobile coverage, both comprehensive and collision, for his vehicle.  He alleged the insurance company acted in bad faith when it denied his claim for property damage.

The appellate court stated that an insurance policy serves as a contract.  As a result, it is to be construed using general rules of contract interpretation under Louisiana law.  The purpose of the interpretation of the contract is to effectuate the parties’ intent. Words in a policy are given their plain, ordinary meaning unless they have a technical meaning.

Insurance companies may limit their coverage, provided the limitation does not conflict with public policy or statutory provisions.  When a provision seeks to narrow the insurance company’s obligation, it is strictly construed against the insurer.

Collision coverage under the policy included property damage to the insured vehicle but was subject to any exclusion in the policy that might apply. The policy provided that a loss caused by a person driving without a valid and current driver’s license is not covered.

The court found that Affirmative Insurance made no representation regarding the type of coverage provided that would support Mr. Parker’s claim of detrimental reliance.  The court held that Affirmative Insurance should not be able to rely on their exclusion.  Here, the insurance agent informed Mr. Parker he could purchase a policy, but the agent did not state exactly the type of coverage that would be afforded.  Mr. Parker did not state that the agent indicated he could purchase collision insurance despite not having a valid driver’s license.

Additionally, the court stated that the insurance policy provided Mr. Parker with insurance coverage meeting the legal requirements:  compulsory automobile liability.  Collision coverage is not mandated for all individuals. Affirmative Insurance was, therefore, free to exclude collision coverage for those without a valid license.

The court affirmed the lower court’s grant of summary judgment.

The insurance lawyers at Lavis Law have experience resolving insurance coverage disputes and claims of insurance bad faith.  We provide a free consultation, and our office can be reached by calling 866.558.9151.