A case before the Fifth Circuit Court of Appeal addressed what makes a trial court judgment a valid, final judgment under Louisiana law.  To appeal judgment, the court stated that there must be specific “decretal” language in the judgment, setting forth the names of the parties, in addition to other details.  Not only does this ensure that the judgment can be enforced, but also it avoids rendering a defective judgment. 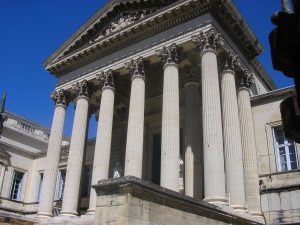 The judgment stated that the trial took place on September 8-10, 2014.  It stated that 12 people heard the evidence, arguments of counsel, and instructions of the court.  They then returned the instructions and rendered judgment in favor of the plaintiff, Christine Caminita, against the defendants, in the amount of $3,719.20.

The appellate court stated the rule that after a trial by jury, Louisiana law requires that a final, appealable judgment contain “decretal language,” which names the party against whom the ruling has been ordered. The court stated that here, the “judgment” on appeal lacked sufficient language.  It did not identify the defendants against whom judgment was rendered.  This particular case involves multiple defendants, and the failure to name those defendants makes the “judgment” fatally defective. It cannot be discerned from its face against whom the judgment may be enforced.

In conclusion, the court held that the trial court “judgment” was not a valid, final judgment.  Therefore, the appellate court lacked jurisdiction to consider the merits of Ms. Caminita’s appeal.  Ms. Caminita had filed a motion for a new trial regarding the judgment.  Since this motion was based upon an invalid judgment, the trial court’s denial of her motion had no legal effect. The appellate court dismissed the appeal without prejudice and remanded the matter to the trial court so that a proper final judgment can be rendered.

The attorneys at Lavis Law have years of experience negotiating and litigating automobile insurance cases.  We provide a free consultation and can be reached by calling 866.558.9151.