The office is located on the Westbank, just across the Harvey Canal, at Fountain Park at 1901 Manhattan Blvd. Bldg D, #111, Harvey, LA 70058. As you enter Fountain Park, the office building is the last one on the right just as you pass Royal Palm event venue. 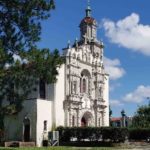 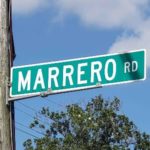 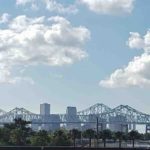 “Very professional and knowable attention was received through out the case. All calls was answer promptly.“

Marrero, Louisiana is a Census Designated Place (CDP) located in Jefferson Parish, on the “West Bank” of New Orleans. Despite its separation from New Orleans by the Mississippi River, it is usually considered part of the greater metropolitan area. Marrero is largely a residential area, and its economy relies heavily upon blue collar industries.

According to 2010 records, Marrero has a population of just under forty thousand individuals. Similar to many other population centers in Jefferson Parish, the area was settled in the 19th century, but did not begin to grow in earnest until the mid-20th century. Marrero benefited from the desire of many New Orleanians to relocate to less urban areas; as its population swelled in the 1960s and 1970s, the number of households grew and prompted the large scale construction of new residences to accommodate new inhabitants.

Construction, in fact, is a major lifeline for Marrero’s economy. Male residents in the CDP are more likely to be employed in some kind of construction capacity than any other industry. This industry is not limited to construction of new homes, but also includes more specialized trades (such as electrical and plumbing installation). The professional sector is less prominent in Marrero than in many other locations within Jefferson Parish; however, a number of female residents are employed in some type of professional/office situation. Retail businesses, and the retail industry as a whole, has been growing in significance in recent years. This is most likely due to population growth in the area. Regardless, retail is far less important to the local economy than construction, manufacturing, and other similar blue collar industries.

As Marrero continues to grow and absorb more individuals who are seeking respite from urban areas such as New Orleans, it is probable that the local economy will enjoy a greater degree of diversity. The retail industry in particular will benefit from population growth; the professional sector may take longer to mature, as many new residents will continue to commute to the city for employment opportunities.

If you have any questions about your Marrero, Louisiana legal matter, please give Lavis Law Firm – Personal Injury & Accident Attorney a call at toll free 1-866-558-9151 or submit your inquiry online. We help people recover money from corporations, insurance companies and governments by overcoming problems, hassles and delays.