Slidell Louisiana is headquarters to a major automotive manufacturer and military contractor and is connected to other major cities by Amtrack train. Freamaux mall provides several stores for shopping. Whether you are hurt on the job, while driving to the shopping mall or aboard a train, Lavis Law Firm – Personal Injury & Accident Attorney is ready to help.

Lavis Law Firm – Personal Injury & Accident Attorney is conveniently located and serves St Tammany Parish by meeting with clients at various locations including the Starbucks on Front Street in Slidell. 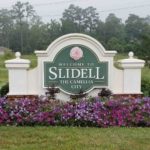 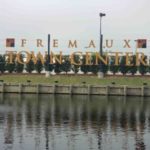 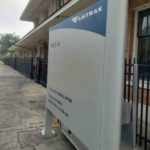 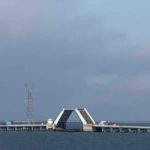 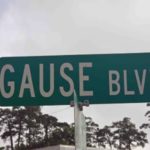 “Charlie was extremely professional and very genuine throughout the whole process. He explained everything thoroughly each step of the way. I highly recommend his services and will use him, if needed, in the future.”

Although there were a nominal number of settlers in the region in the 1850s, the city of Slidell, Louisiana, blossomed in earnest out of the transportation industry in the late 19th century. The turning point occurred when the New Orleans and Northeastern railroad was constructed in the area to further open up New Orleans to economic possibilities on the east coast. The railroad brought with it the opportunity for new jobs and industries, and as such, Slidell began to emerge as a major settlement in southeastern Louisiana.

These early years in Slidell’s history set the stage for the area to continue to grow as a significant hub of transportation in Louisiana. Railroad construction continued into the 20th century, and were followed by the building of major highways and interstates that run through the city. Slidell’s existence on the banks of Lake Pontchartrain provides the additional benefit of water traffic, and access to the Gulf of Mexico.

Apart from transportation, Slidell has enjoyed a number of major industrial developments. The chemicals industry, namely creosote, drove the area’s economy for a number of years. More influential in terms of their scope and longevity, however, are the shipyard and offshore industries, and the proximity of several NASA sites. Lake Pontchartrain provides many employment opportunities for Slidell residents with regard to offshore facilities, and accounts for a major portion of the local economy. Similarly, NASA not only operates a computer facility within Slidell city limits, but also maintains one site in New Orleans, and another across the state border in Mississippi. Employment with NASA has not only bolstered the local economy, but has also tempered Slidell’s unemployment rate.

Slidell was severely damaged by Hurricane Katrina in 2005, suffering largely from its nearness to the lake. Although it has made great strides in terms of recovery it does, as neighboring New Orleans, continue to feel the economic impact of the storm. Fortunately for Slidell, the placement of major veins of transportation, the easily accessible offshore industry and the boon of three NASA centers has allowed the city to remain a major economic player in southeastern Louisiana.

If you have any questions about your Slidell, Louisiana legal matter, please give Lavis Law Firm – Personal Injury & Accident Attorney a call at toll free 1-866-558-9151 or submit your inquiry online. We help people recover money from corporations, insurance companies and governments by overcoming problems, hassles and delays.